Urban Myths. No.1: The Supermarket Spider. 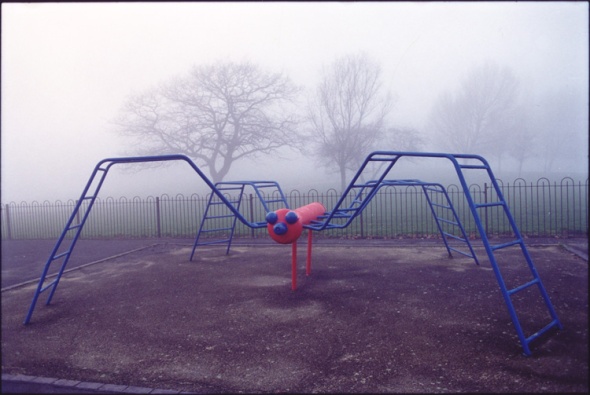 WHEN Heidi Slopes did her weekly food shop she picked up an innocent looking pack of bananas – little did she know that between the yellow fruit lurked a nest of spiders. The 53-year-old, who is scared of spiders, had the shock of her life when she spotted the white furry eggs.

“I usually buy a bunch of bananas but, ironically, I thought buying packaged ones would eliminate the chance of any creepy crawlies!” said Heidi, who lives in Lewisham with her husband Laszlo, 53. “My husband opened them and put them in the fruit bowl. I looked down and saw little white balls and suddenly panic stations were all go!”

Heidi wanted to get the suspicious package checked out, and after a phone call to health and safety at Lewisham council she was advised to take them back to the supermarket. “It took almost five hours of numerous phone calls to get hold of someone at the store, only to be told that I would need to bring the packaging and the receipt in for a refund,” said mother-of-three Heidi.

RSPCA animal collection officer Terence Whipps subsequently confirmed that the eggs were those of the Brazilian Wandering Spider, listed in the Guinness Book of Records a the most venomous animal in the world. It’s scientific name is Phoneutria nigriventer – the first element is Greek for ‘murderess’ – but it is also known as the banana spider because of its habit of stowing away in shipments of the fruit.

A supermarket spokesman said: “We want to reassure customers this was a very unusual and rare occurrence and we are really sorry for what must have been a real scare”.

Heidi is unmoved. “My little Juanita recently watched the film Charlotte’s Web and told me that there can be 64,000 eggs in one nest, so that made me even more paranoid! I just thought of my kids and how a spider bite could have changed things completely. I’m just so relieved they didn’t hatch. I wasn’t about to go rifling through my recycling bin just to claim £1.49 back. I was surprised that they were more concerned about the packaging than deadly spiders in their bananas.”

Mr.Slopes commented: “It gave us a real fright and no mistake. Supermarkets should be more careful. Horse meat I can cope with, but venomous spiders are another matter.”

* NB: not real news item … the above was drawn from The Daily Mail, BBC News website, Cardiff Online, etc. The first in an occasional series …