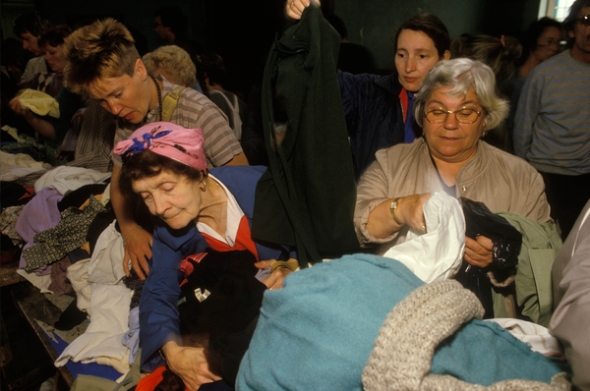 Make Do and Mend

Between The Buttons: What Mothers Can Do To Save Buying New. (I got up so late I only had time to put on me flippin’ slacks )

A woman sat, in unwomanly rags (Our backs were covered up, more or less, but the other way round was a big success). But what went ye out for to see? A man clothed in soft raiment.

Recycled Clothing Sculpture Making Project: My shirts are made from Mum’s old drawers.

It depends how many boots he’s got to mend. I brought him home six and a half pairs today.

The handbags and the gladrags: These fragments I have shored against my ruins

Epsom, let me tell you about Epsom.

Epsom, let me tell you about Epsom.

Bin men pick up rubbish bags with their pinky fingers daintily extended, John Nettles is the law and the starlings sing ‘You’re beautiful, you’re beautiful…’ in Epsom, let me tell you about Epsom.

I bought my girl chocolates. There were only Conscious Chocolate, Green & Black’s and Seeds of Change in the pristine shops. Middle-class chocolates with centres such as ‘the better part of town’, ‘a good college’ and ‘a bit of rough’ in Epsom, let me tell you about Epsom.

There are no coincidences but sometimes the pattern is more obvious. In Epsom, let me tell you about Epsom.

Alexis had a Porsche, in ‘not red dahling; scarlet’. She’d motor to Marks and Spencer’s, to the Downs and to country pubs for lunch. On our first outing she squeezed me in and sped off in a polite cough of dust. A few miles on she remarked worriedly that the car seemed to be dragging to the left. She drove a bit further and then pulled over. She walked around the sportster but could not find fault, drove further and said that the car was still not right. I asked her how many other fat blokes she’d had in there before?

I got the train back from Epsom, let me tell you about Epsom. 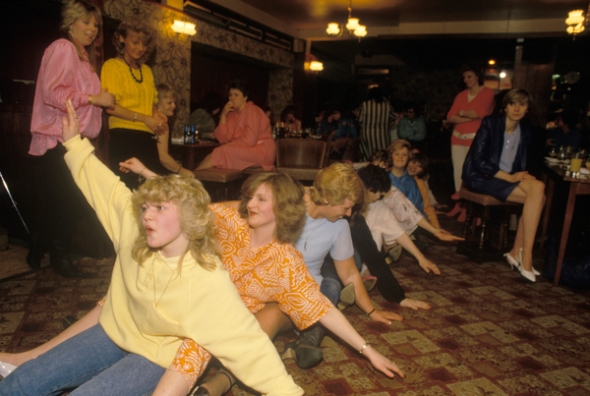 From Do You Remember? Forums

What was that dance called?

I remember a dance where you all sat in a line on the floor with your legs astride the person in front and then swayed from side to side and stuff. What was that dance called and what song was it meant to go with?

It was for ‘Oops Upside Your Head’ by the Gap Band…Sweet reminiscing of discos growing up! Did it have a name for the actual dance?!

Assorted aunties used to refer to it as “that boat song…” Very popular with aged relatives for some reason, despite their assorted dodgy arthritis & rheumatism doing its best to hinder them.

Yeah the row boat song. A classic at family dos the length and breadth of the country it was also hilariously lampooned on ‘Men Behaving Badly’ to ‘Sailing’ by Rod Stewart.

Not sure of the name of the dance but the song was a group called Forest, I will find the title later, was played at a birthday evening or event. Great fun all innocent……fun.

Yeah, Forrest did “Rock the Boat” but it was a cover of The Hues Corporation’s original. This track was not a dedicated dance track, though, as “Oops upside your head” was (Rowing boat dance). As a DJ, I stll play “Oops” at mixed aged parties because:
a. It’s a good track which fills the dancefloor.
b. You get to look up women’s skirts as they get down (and up) – all innocent, though and I dare you to try to not look and see who’s wearing suspenders & who’s not.
c. You usually gety some saddo walking up and down the line of “rowers” whipping them with his tie.

Saw an interview on tv with the Gap Band and they said when they first came to England to do TOTP they couldn’t understand why everyone sat on the floor swaying from side to side. They’d never seen it done before. Must be an English eccentricity thing. 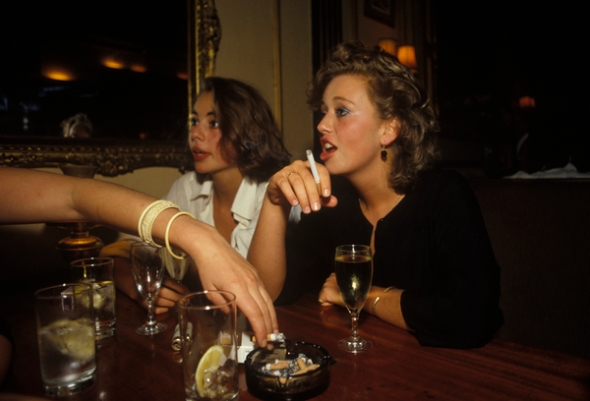 ‘The Boltons, yes. And I mean, the Queen Mother’s actually been there, to dinner, apparently.’

‘Well, she wouldn’t would she?’

‘So of course, James’ – the boyfriend – ‘had to volunteer first, so they gave him a box of watercolours and a brush. And he spent ages trying to get the watercolours to go on the brush, but he’d forgotten that he needed some water first.’

‘Thing is, Emma had James’ Jack Russell as a bridesmaid –‘

‘Emma phoned, the honeymoon was fab, wants to meet up –‘

‘Istanbul? I know that city, actually. Went with Simon and Gemma and Charlie last summer. Charlie’s so funny, he stood outside that big mosque and – ’

‘Why couldn’t she make it tonight?’

‘Dinner with James’ grandmother. She’s ninety and lives in a tiny flat on Trafalgar Square.’

‘I didn’t know anyone lived there!’