So, a few of us went for a walk the other day. The London Column was there, though we have not exactly been infused with alacrity in putting our pictures up. But we were a bit tired, the day after the march. It had all been rather emotional. 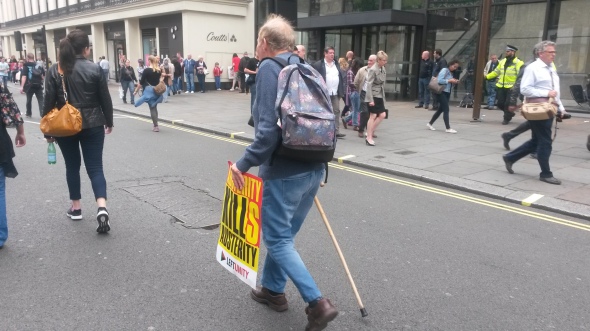 In the time-honoured tradition, England became – if just for the day – a populace. The crowd filled both sides of the Strand, a street the London Column has always had a soft spot for, and took almost two hours to walk past, singing and blowing horns and chanting and laughing and dealing with their kids. That’s five miles of people.

And what people. They poured in from all over the country. They carried People’s Assembly signs, and banners from everywhere you can think of: Rotherham, Newcastle, Devon, Surrey, the Midlands; from the Trades Council of the Cities of London and Westminster. They came from Wales. The Rhyl Youth Group was there. They were Feminists Against Austerity. Deaf People Against the Cuts. Economists Against Austerity. Musicians, mothers, teachers, retired university professors, the Indian Workers’ Association.  The Fire Brigades Union drove a fire engine blaring out eighties hits, and people were literally dancing in the street in front of it as it went past. No one who remembers the men weeping as they were forced out of Clerkenwell Fire Station for the last time could fail to find this joyfulness particularly moving. 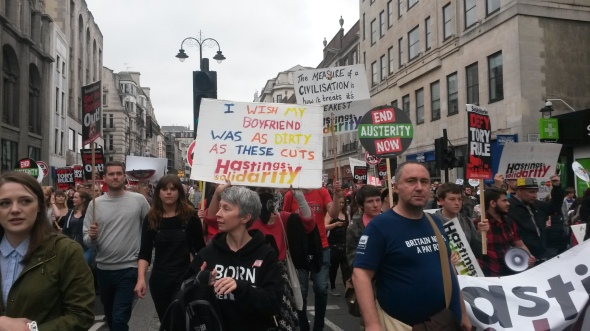 in fact, the people, this populace, showed the qualities England is so noted for – all except perhaps shopkeeping, although in truth London was full of tourists and other consumers who were just out shopping; we don’t know what their problem is, but we support their right to it. The real business of the country that day was right here. 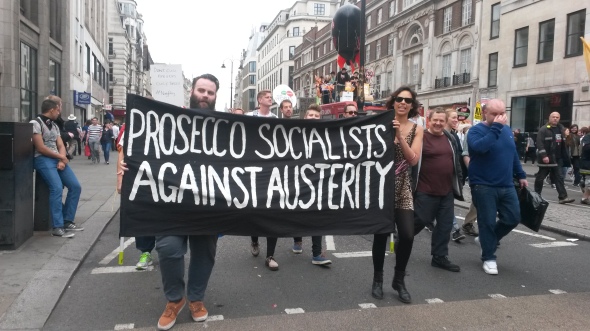 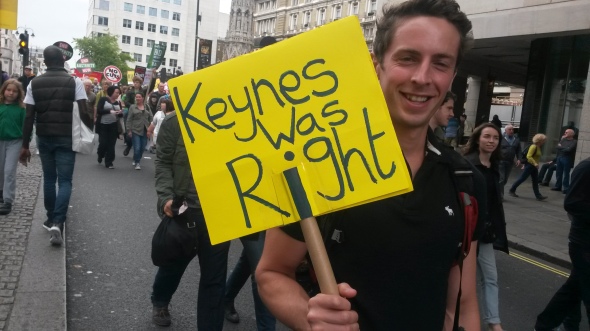 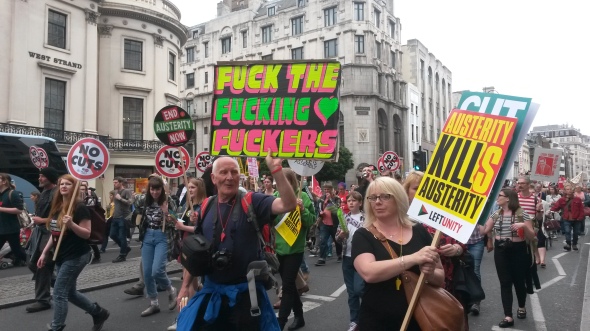 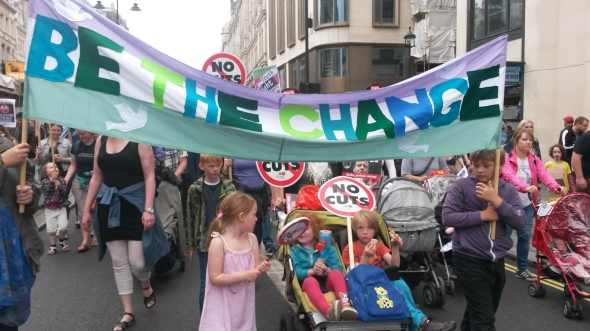 This populace was noisy, cheerful, vulgar. They were ribald and profane, they were angry, they were proud, they were together in solidarity. They were in solidarity with the political prisoners in Egypt, and with Greece (‘Give Greece a chance’). They showed scant respect for those who do not respect them (‘Cameron is a cock’). They were peaceful. They were well-informed, good-humoured, witty. And they were funny: slogans referenced Monty Python, Father Ted, Marx (“I warned you this would happen’). They were exuberant. Some had dressed up, some had dressed down, some had cross-dressed. They were beaten but not bowed, and definitely not defeated. And they knew the government wasn’t going to listen to them, and they came together and engaged in their democratic right to assemble in protest anyway.

The  London Column fell in love with them all, every one.