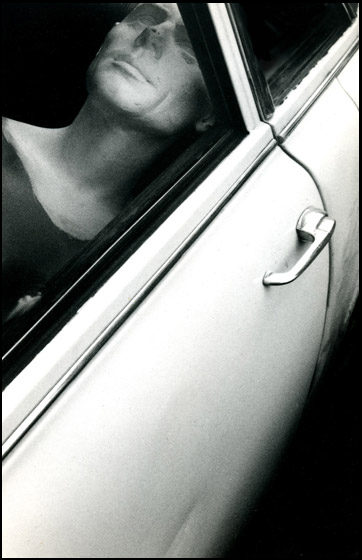 London serial killer Dennis Nilsen speaks today about his first victim – a boy of 14. In an extraordinary letter sent from his prison cell, Nilsen tells how he picked up Stephen Holmes in December 1978 in a Cricklewood pub. He took the boy to his home where he killed him. It was the beginning of a series of gruesome murders of young men that went on until his arrest in 1983 after human remains were found in a blocked drain at his Muswell Hill home. In the letter sent to the Evening Standard Nilsen, 60, confesses: “Stephen Dean Holmes was the first of 12 homicide victims.” In fact it is known he killed at least 15 men, among them rent boys, students and the homeless he lured back to his homes in Cricklewood and Muswell Hill. At least seven victims remain unidentified.

Nilsen promises to help police identify the rest of his victims although Scotland Yard has ruled out ever knowing definitively the names of the other men he murdered, usually by strangulation. Nilsen, a civil servant who had previously worked in the Army and police, was never charged with the offence because at the time of his trial in 1983, Stephen could not be identified. But a photograph of the boy, who was reported missing by his family, was shown to Nilsen last year by police visiting him at Full Sutton. The killer confirmed to detectives that the boy in the photograph was his first victim.  He kept the body stuffed under the floorboards of his flat in Melrose Avenue, Cricklewood, for eight months before burning the remains in the back garden. He used the same method to dispose of several victims. Nilsen was only caught out after moving to a flat in Cranley Gardens, Muswell Hill, where he lived in the attic and had no access to a garden. He chopped up three victims and stuffed their bodies down the drain. After complaints about the smell, a plumber found 30 to 40 pieces of human flesh beneath the manhole cover, leading to Nilsen’s arrest and eventual conviction on six counts of murder.

Nilsen’s grim story is well know and has been much picked over by writers (e.g.Brian Masters in Killing for Company) seeking to examine the nature of evil and the way London – or any big city – swallows the unwary. The police hadn’t been looking for a serial killer, Dennis simply made his victims disappear without trace – until Dyno-Rod were called in to investigate a blocked drain.

There is a rich seam of modern folklore surrounding Nilsen. There are Nilsen’s own work colleagues at the job centre in Denmark Street – he was popular – who helped him move between Cricklewood and Muswell Hill (‘What have you got in here, Dennis? Bodies!’ ‘Yeah’) or who drank his punch at the office Christmas party, Dennis doling it out from the same enamel pot he used to boil heads in.  A man living adjacent to Nilsen’s Cricklewood house who was plagued by ghoulish treasure hunters. The woman who went to look at an ‘amazingly cheap’ flat in Muswell Hill and was about to make an offer when a work colleague asked if it was a top floor flat in Cranley Gardens? (She didn’t buy the flat, it was then sold to a foreign couple who discovered what had gone on there after they’d bought it and then couldn’t live there … ) I have met people who have told me all of these stories – although they didn’t actually happen to them, but someone they knew. In a way, Nilsen has become a much a part of London folklore as Sweeney Todd – except that the latter (‘Attend the tale of Sweeney Todd/His skin was pale and his eye was odd’, according to that alleged lyrical genius Stephen Sondheim) never existed in reality as anything other than a Penny Dreadful ballad. Nilsen was the real thing: nemesis in the form of a good samaritan helping a homeless youth; the friendly chap propping up the bar at The Salisbury or The Coleherne, always willing to buy a stranger a drink and offer him a bed for the night.