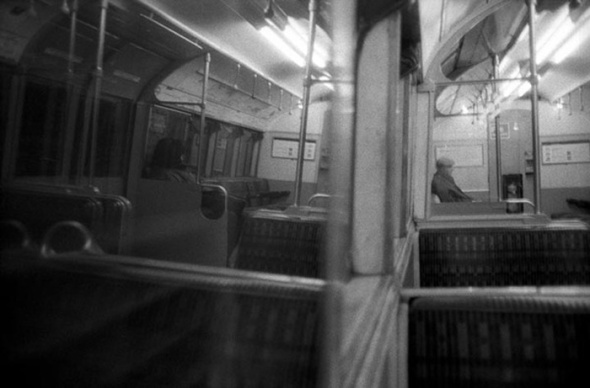 There are the books full of Underground ghost stories. An invisible runner pounds along the platforms at Elephant & Castle; children scream in the basement of what used to be the surface building of Hyde Park Corner, and which became Pizza on the Park. (They continued to scream it was said, even while the Four Seasons and Margheritas were being rolled out.) William Terris, an actor murdered in 1897, manifests in Covent Garden station. The best one I know of was sent to me in a letter a few years ago. Late one night a Piccadilly Line driver was running his empty train into the depot at Northfields when he heard a knock on his cab’s connecting door into the carriage. He turned and opened the door, saw no one there but noticed that all the connecting doors of the carriage were open, as though someone had walked along the length of the train. The driver refused to continue, so another man was brought in to close the doors and take the train into the depot. Shortly after he started the train he heard a knock … and all the doors were open again.

The text is from Underground, Overground: a passenger’s history of the Tube, published by Profile Books (also available here). The photos are from Tim Marshall’s series When a Tube train stops.