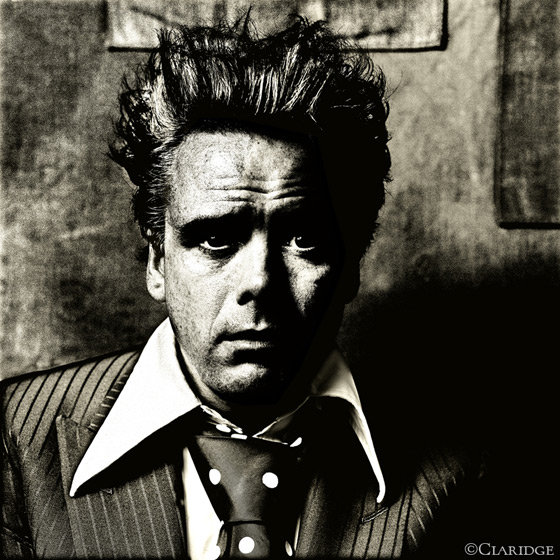 BEAUTY IS A TEMPLE TO HORSLEY’S LAW – WHERE VANITY AND EXTRAVAGANCE WORSHIP AT ITS SHRINE, AND ARROGANCE AT ITS ALTARS

Clearly God loves ugly people. He makes so many of them. He shows his contempt for life by the kind of person he selects to receive it. Crawling from primeval waters you waddled, slaves, cripples, imbeciles, the simple and the mighty, fighting for the right to breathe oxygen. It was a mistake but you did it. Little did it matter to you that the earth was a vale of tears, of horrid sufferings, of torturous sickness and death. You wanted life little worm. You got it.

And what did you do with it when you got it? Celebrate? Have fun? No. You moaned. Equal rights! Equal pay! Equal Equal! Equal is a dead word. No man who says “I am as good as you” believes it. The shark never says it to the sardine, nor the intelligent to the stupid, nor the rich to the poor, nor the beautiful to the plain. The claim to equality is made only by those who feel themselves to be in some way inferior.

And inferior they are. With beautiful classical things like me the Lord finished the job. Ordinary ugly people know they’re deficient and they go on looking for the pieces, moaning and complaining. Don’t you realise my darlings that if you have any complaints, they would be theistic : – they should be about your maker , who lets face it, hasn’t done that great a job.

Physical beauty is the sign of an interior beauty, a spiritual and moral beauty. The handsome are not merely blessed with their looks, they are somehow better than the plain and ugly : they are wittier, more intelligent, even tempered and socially competent. Ms Sappho put it more bluntly : “What is beautiful is good”

What I hate most about ugliness is that it shows such bad judgement. Much as I loathe ugly people our sympathies should not, however, be for them after all. I mean their faces they are behind – they can’t see their revolting selves. We, the public, on the other hand, are in front of them and can see all too clearly. And its simply not good enough. No its not. How dare they look like that? Don’t they realise that their right to look revolting ends where it meets my eye?

Gaston Berlemont, and his handlebar moustache, was as much a feature of Soho as the pub he ran. Born in a room above the pub in 1914, Gaston was still at school when he first started serving behind the bar in the evenings. Seventy-five years later the moment had arrived for his final ‘Time Gentlemen, please’.

Gaston’s father, Victor – the first foreigner to be granted a full English pub licence in 1914 – took the pub over from a German who, at the outbreak of World War One, feared internment as an enemy alien. It was actually called the ‘York Minister’ but with the arrival of the Berlemonts’, locals nicknamed it ‘The French’, and it wasn’t until 1977 that its name officially changed to ‘The French House’. In earlier days Soho was somewhat of a Gallic enclave with its own French butcher, patisserie, newsagent, cafes, restaurants and two churches. During World War Two the Free French made ‘The French’ their drinking HQ, and it’s thought General De Gaulle wrote his 1940 clarion call speech À tous les Français in an upstairs room at the pub declaring that one day France would be liberated from Nazi occupation.

Victor Berlemont died in 1951 and Gaston took over the pub. Under his tenure the pub remained unchanged; the décor remained a sombre brown, and wines, apéritifs, and spirits were the tipples of choice. It must be the only British pub where beer was served in half-pint glasses. And as for buying a packet of crisps, peanuts or pork scratchings, forget it, Gaston refused to stock them. But the unique character of the pub and its eccentric landlord had many luminaries as regulars such as Augustus John, Lucian Freud, Francis Bacon, Dylan Thomas, Brendan Behan, Max Beerbohm, Jeffrey Bernard and Peter O’Toole. Even Edith Piaf and Maurice Chevalier visited the pub.

On Friday 14 July 1989, Gaston retired. And of course, being Gaston, he didn’t choose just any old day to go en retraite – he choose Bastille Day, and moreover it was the day marking the storming of the Bastille’s bicentennial. And of course, Soho being Soho wasn’t about to mark the retirement of its longest established patron without throwing a lavish party that resulted in Dean Street being closed to traffic, and the pub having to close twice in order to replenish the stock of booze.

It was a magical day, albeit a day tinged with sadness at having to bide adieu to one of Soho’s favourite sons. Gaston had planned to give a speech from the first-floor window, but the inebriated roars of appreciation from the crowd were such that he couldn’t be heard, so he waved instead. Afterwards he told a reporter that he had intended to say. “Vive La France, Vive L’Angleterre, Vive La Paix.”