As a counterweight to David Hoffman’s images of urban protest which we ran last week, here are a few of David’s pictures of a more peaceful London.  Peaceful and largely vanished … these photographs have an elegiac quality to them, glimpses of a city that seems almost as remote as the one pictured by Thomson or A.L. Coburn. In any case, they require no further comment from me … D.S. 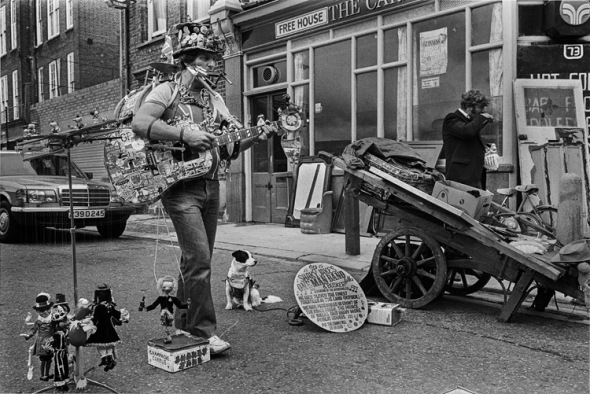 As part of East London Photomonth, David’s images are on display until the end of this month at a variety of cafes forming the ‘Roman Road Cafe Crawl’. David’s show at Muxima cafe runs until 27th of November. More details here.