There are too many photographers. Far, far too many. As the truism goes, these days everyone with a mobile phone is a photographer. Not only that, but everyone who’s been photographed is a celebrity. Current devalued concepts of achievement in the public sphere mean that the ever-increasing number of portrait photographers are faced with a chronic shortage of real, vital personalities worth photographing. (Celebrity chefs, boy bands, soap stars and their ilk – really?) 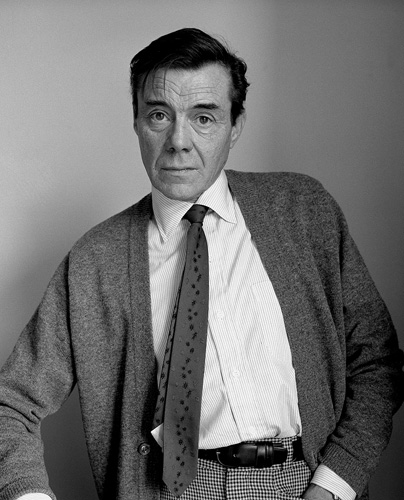 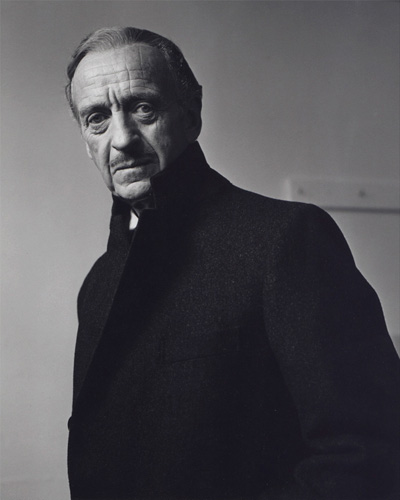 Major cultural figures are in short supply. Perhaps more to the point, the ones we’ve got don’t occupy the same space that they might have done 30 or even 20 years ago. Artists, writers, and thinkers used to be listened to as public figures; we’ve got no time for that now. For an ambitious portrait photographer, there are forums for the dissemination of photographic portraits as art, but such well-meaning, prize-giving endeavours seem culturally marginal and a more than little academic, when you compare them to the oracular power of a photograph that everyone was going to be looking at, of a person everyone was listening to. 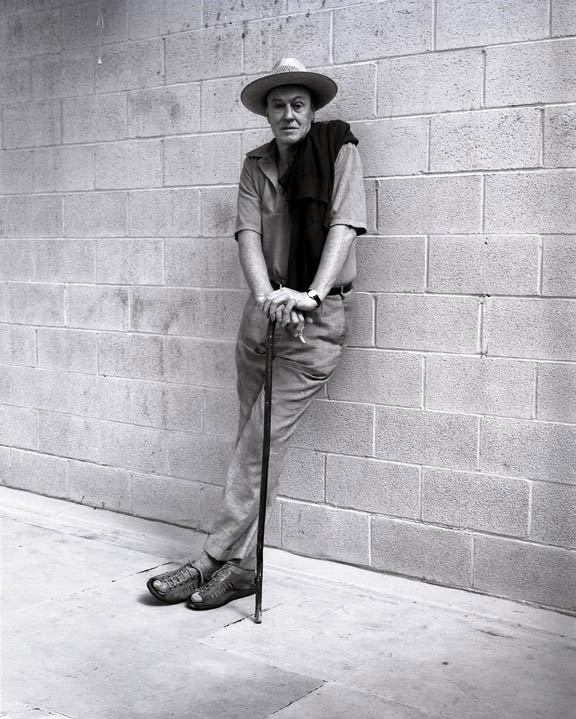 Enter: a portfolio of limpidly beautiful portraits by Dmitri Kasterine, derived from his career as an editorial photographer in London and New York from 1960 to the 1990s. Looking at these pictures now, it is hard not to think, a little bitterly, that Dmitri was fortunate to be working before the internet, the population explosion, and a thousand TV channels splintered our attention forever; but it is also clear that he has the rare ability – it is genuinely rare – to photograph any human being with sovereign insight. His portrayal of everyday English life may be seen in this series of posts we ran in 2011; today, we are showing a selection from his chronicle of London’s intellectual life during the 70s-90s.

Part of Dmitri’s shtick (it almost looks like a shtick, these days) is an unassuming method: unobtrusive lighting, plain backgrounds, tones in the middle register … With simple means and an instinct for the essential, he penetrates his subjects’ defences far beyond the remit of a magazine portrait. Take the portraits of the actors on this page. There is genuine pain in his study of David Niven; Dirk Bogarde was reportedly unhappy with Kasterine’s portrait, its piercing honesty too much for the old matinee idol; and Michael Caine, denied his usual opportunity for Bermondsey charm or gangster menace, is revealed as a shrewd tycoon in ‘70s eyewear. Roald Dahl poses jauntily enough in summer gear, but his reptilian stare flatly contradicts his clothes’ carefree attitude, and forbids the viewer to find anything amusing. Paul Theroux, on the other hand, appears as if playing the part of a novelist: dominated by his accessories, he seems uncomfortable with the costume that wardrobe has assigned him.

Dmitri’s portrait of Kingsley and Martin Amis is a forensic document of English letters’ most awkward dynastic double act – Kingsley in his proto-Thatcherite pomp, the broken arm a possible souvenir of a drunken bender, and Martin exhausted by the sheer effort of trying to write better novels than his father. Anthony Powell determinedly maintains his aristocratic poise in the face of encroaching age, but the price is a whiff of camp – by contrast, Francis Bacon defiantly shows us the youthful hustler he once was.

Dmitri moved to America in 1985 and continued his career in New York: his Stateside subjects range from Saul Bellow to Cindy Sherman, Johnny Cash to Jean-Paul Basquiat, Steve Martin to Mick Jagger. Like Irving Penn, he captures his sitters by stealth. Now 80, he lives in Newburgh, New York, where he has been photographing the city and its inhabitants since 1992.

So many photographers are called to the profession with the burning desire to document the world, and that’s a noble thing. The gift is actually to be able to see it. 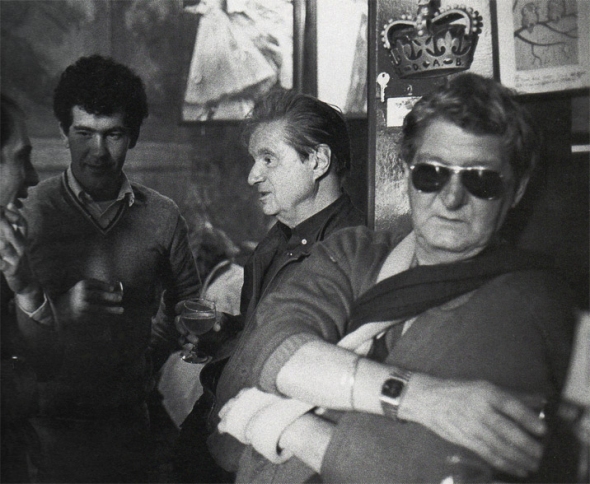 September 1983: the book publisher Malcolm McGregor is organising A Day in the Life of London, and the commissioning photographer Red Saunders wants me in. I tell Red I’ll cover legal London in the morning and the West End drinking clubs, of which at that time I was a frequentee, in the afternoon. On the day (Friday, September 14) I roll up at the Colony Room in Dean Street shortly after opening, at half three. The sun is reflecting off the buildings opposite and streaming through the first-floor window. I’m a member there, so I tell the irascible owner Ian Board what I’m doing and would it be OK if I took some casual, non-flash pictures? Ian’s in a mellowish state today and says yes. It’s early for the Colony and people are only just starting to drift in. I take some pictures, nothing special, and am thinking of moving on when Ian says don’t go, Francis will be here in a minute. Francis Bacon. By the time Bacon and team arrive, the drinkers have become accustomed to my Nikon-wielding antics and I ask Francis if I can take some of him too. He does not demur. My scoop in the bag, I head off to The Little House, a similar establishment in Shepherd Market, and sitting at the bar is Patrick Caulfield.

A few days later and I’m viewing the contact sheets in my darkroom in Chancery Lane. It occurs to me that by simple photocomposition I could combine the images of Francis and Patrick and drop Bacon into The Little House (which I know he uses, as that’s where I first met him). A double-scoop. But to carry it through to print, fresh permissions must be sought. I arrive at the Colony at about seven. Ian’s paralytic and his barman, Michael Wojas, is pretty well-advanced himself. I have with me three photographic enlargements: one is the shot of Ian and Francis in the Colony, another shows Patrick at The Little House and the third is a mock-up of the proposed photocomp. I show Ian the first shot and he likes it; Francis’ champagne glass is at the right angle, and Ian, arm in a sling from some rough, looks suitably mad. Next shot: indifference. But when Ian Board sees the mock-up of his Francis in a rival hostelry, all hell breaks loose.

So incensed is Ian by the image I’ve just shown him, he pitches forward and topples onto the foetid, cigarette-scorched carpet of the notorious green boite with an almighty, clattering thump. When Michael and I manage to heave him back onto his throne, Ian’s right index finger is dripping blood. He grabs the mock-up and starts jabbing at it, daubing it with dollops of his own blood. ‘It’s a disgrace! It’s an insult!’ shrieks Ian, lunging for the telephone. He gets Bacon on the line. ‘Know what that cunt photographer wanker’s done?’ Ian bellows, ‘He’s only put you in that fat Jamaican whore’s place with someone called ‘Cauliflower’ or something!’ He thrusts the phone to me. ‘Francis wants to speak to you!’ ‘The negatives must be destroyed!’ Bacon booms. He’s drunk as well and now I’m downing vodkas like there’s no Sunday – this photocomp’s not such a good idea after all. ‘Francis, I wouldn’t dream of publishing without your say-so. I just thought that as you and Patrick use the same places…’ ‘Who?’ he interrupts. ‘Patrick Caulfield’ I say. ‘Never heard of him!’ Bacon thunders.

Later I relate the story to Gerry Clancy. He tells me that not long ago Bacon had turned up at an opening at Fischer Fine Art where Caulfield was showing miniatures. Francis had proceeded to walk round the gallery, dashing the works from the wall, muttering ‘Postage stamps! Postage stamps!’ After the affair has subsided I see Patrick in the Zanzibar with John Hoyland. I repeat the Colony tale, including Bacon’s last remark to me. Patrick Caulfield bursts into tears.

Red Saunders uses my shot of Bacon and Board as a double-page spread in A Day in the Life of London. A decade later and all has long been supposedly forgiven. Francis has been dead for three years and a framed print of my shot of him and Ian has been hanging in the Colony since the time it was taken. Ian Board is on his usual perch and I’m at the next barstool knocking back the tonic water. We’re having a desultory conversation about nothing in particular, no animosity, when Ian suddenly reaches behind him, seizes the framed print from the wall and smashes it over my head. A rivulet of blood runs down my nose and splashes onto the palm of my hand. I turn to Ian in astonishment.