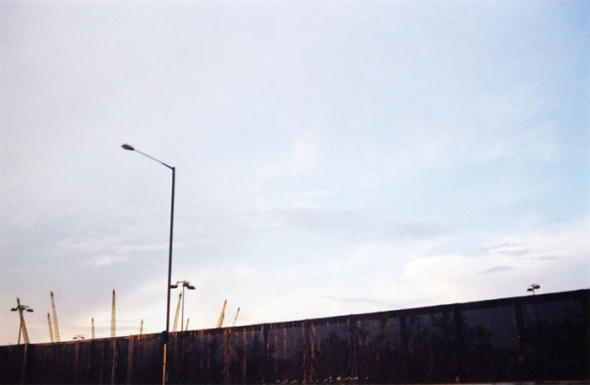 From A Guide to the New Ruins of Great Britain*, Owen Hatherley 2010:

This place was a Blairite tabula rasa. Faced with an area the size of a small town, freshly decontaminated and waiting to have all manner of ideas laid down upon it, what did they create – or rather, what did the companies and corporations that they subsidized create? A couple of areas of luxury housing (typically, with fairly minisucule apartments) a couple of shopping centres, several car parks, and now a gigantic Entertainment Complex to finally get those car parks filled. Amusingly, given that the area was once so keen to trumpet its eco credentials (a supermarket partly run on wind power), it has since become another of London’s locked traffic grids, as well it might having the Blackwall Tunnel nearby. Blairites, and neoliberals in general, have always posited some sort of ‘force of Conservatism’, some entrenched opposition either from the remnants of organized Labour or woolly traditionalists, that prevents their vision from being realized. Here, there was nothing but blasted wasteland when they got hold of it. Yet a more astounding failure of vision is difficult to imagine. If there is a vision here, it’s of a transplant of America at its worst – gated communities, entertainment hangars and malls criss-crossed by carbon-spewing roads; a vision of a future alienated, blankly consumerist, class ridden and anomic. The ‘corrosive humours’ turned out to be more difficult to erase than might have been imagined.

In 2006, the Millennium Dome was bought by the magnate Philip Anschutz who planned to open ‘Britain’s first Supercasino’ and an entertainment complex within it, whilst the phone company O2 paid for it to be rebranded ’The O2’.

From  A Guide to the New Ruins of Great Britain* by Owen Hatherley, 2010:

I attended Open House here in 2006, hoping to be able to see inside this fabulously enormous, hubristic space, able to fit several football pitches inside it, Canary Wharf laid flat, amongst other dubious statistical feats. The reality was rather more disappointing, as Anschutz employees showed nonplussed architecture buffs nothing but the small space where the Casino was being constructed – to no avail, as the Supercasino permission was given to New Emerging Manchester instead, until the plans for these gambling cathedrals were cancelled by Gordon Brown upon taking power. Nonetheless, the Dome was reopened in June 2006, its ceremonial opening a concert by bafflingly enduring hair metal act Bon Jovi.

Around the time the Dome was reopened as the O2, the renovated Royal Festival Hall had also just opened upriver to much fanfare. This fragment of the 1951 exhibition appears as the upscale, upriver entertainment centre, with the Dome as the prolefeed easterly equivalent. Inside, the newly reopened Dome resembles an Arizona shopping mall, only sheathed in greying Teflon. The whole area is ‘themed’ in a Grand Theft Auto art deco, and I wonder what Richard Rogers and Mike Davies think about what happened to their building. A ‘chill-out zone’ consists of a tent filled with iPods. Decorated guitars and fibreglass palm trees punctuate the ‘streets’, while outside a billboard proclaims a little history of entertainment – 1951 Frank Sinatra, 1983 ‘Metallica invents Speed Metal’, 1995 Blur vs Oasis – emblazoned on a series of gurning crowds. 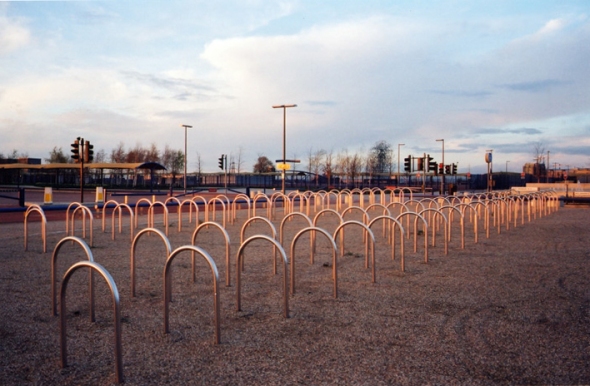 From A Guide to the New Ruins of Great Britain*  by Owen Hatherley, 2010:

Within a few years, the area had taken on a definite identity, albeit not the one that was in the original brochure, and for most of the 2000s this was the place London forgot; a desolate landscape, one that was fascinatingly wrong, given the ecological and social-democratic ideas that had initially been thrown around in relation to it. A holding pen for Canary Wharf, yet somehow so much weirder than the usual Thames-side developments they inhabit. Alongside Erskine’s buildings – a staggered skyline of rendered concrete towers that would clearly be more at home in Malmö – was a nature reserve and a beach full of discarded shopping trolleys. The views were of industry either abandoned or clinging on, and pervaded by the sickly-sweet smell of the Tate & Lyle works. People were seldom seen, and the highways for cars en route to the Dome were utterly empty. Something resembling a dual hangar housed the ‘David Beckham Football Academy’ while concrete grain silos that would make Corbusier weep in admiration surveyed the area like sentries.

While this place was clearly a resounding failure on any social measure, it was a compellingly alien interzone in London’s cityscape. Neighbouring areas might be wracked by seething poverty and violence, but this enclave gave off a post-apocalyptic calm. 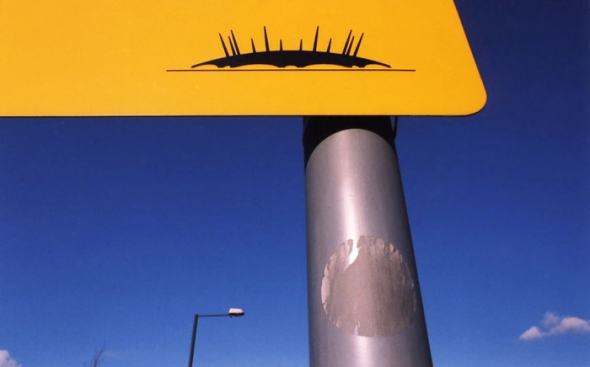 From A Guide to the New Ruins of Great Britain*, Owen Hatherley, 2010:

The Greenwich Meridian just upriver made it an obvious centre for the Millennium Celebrations in 1999, so Major’s terminal Tory government drew up plans that were swiftly adopted by New Labour when they came to power in 1997. This time, though, the then vaunted Vision Thing would be key. Mike Davies at the Richard Rogers partnership, as it was then known, devised a PVC Tent that looked akin to a squashed version of the neighbouring gasholders, with yellow supports stretching themselves out like an industrial crown. The form was borrowed from an earlier, abortive master plan for the Royal Docks on the other side of the Thames, where several smaller tents were planned before the last recession. Initially devised as temporary, the tent’s PVC was demoted to  Teflon when Green campaigners complained of ‘Waste’, landing them with a semi-permanent structure they would subsequently loudly abhor. Inside would be an exhibition divided into zones on culture, science, the body. When Blair’s government won the first Labour Landslide since Clement Attlee’s in 1945, some compared this Millennium Dome to the 1951 Festival of Britain, a parade of Modernist design and popular futurism mounted on the South Bank of the Thames. ‘Three dimensional socialist propaganda’ as it was called by Churchill, who hated and demolished it, leaving nothing after a Tory re-election but the Royal Festival hall, which would be encased in Portland stone in the 1960s to harmonize with the conservative restoration architecture of the Shell Centre.

Predictably, but no less sadly for that, things did not pan out that way. The Dome’s exhibition turned out to house a vast McDonalds and array of corporate advertainment, holding it up to a public ridicule that has only recently subsided.